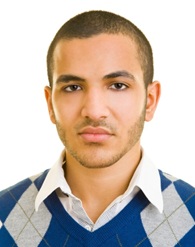 Rachid grew up in Casablanca’s suburbs, in a small one-bedroom apartment that he shared with his parents, his three siblings, and two of his cousins from the village. Abdel Karim, Rachid’s father, was a mechanic, while his mother, Fatima, was a homemaker. From an early age, Rachid learned the value of hard work. He attended school in the mornings and helped his father in the garage in the afternoons, oiling engines and pumping tires. At night, Rachid did his school homework diligently under a kerosene lamp. “Study hard, young boy,” his father often reminded him, “for it is the only way that the son of a mechanic from Chefchaouen can become someone in life.”

“Inshallah (God willing), someday you will become an engineer,” his mother Fatima hoped. “You will make your uncles proud.”

Rachid did as he was told. He studied diligently and soon became the best student in his class. He earned a scholarship to study at the Lycée Lyautée, a prestigious French school in town, and upon completing his baccalaureate, he got accepted into an engineering program at the Sorbonne University in Paris. “Mashallah (praise the Lord),” his mother exclaimed when she heard the news. “Go to France, and make us proud habibi (my dear)!” And once again, Rachid did as he was told.

But living and studying in Paris was never meant to be easy for the fourth child of Fatima and Abdel Karim Benchekroun. Paris was, Rachid thought, colder and damper than the refrigerator of a butcher’s shop. People ran everywhere all the time. They never stopped to greet one another or ask about their relatives, and there was little time to enjoy the small pleasures of life. Rachid missed his hometown, Casablanca, the tranquil evening walks by the ocean, and the regular calls to prayer that paced every day’s life. He also missed wandering around the narrow streets of the medina (old town), the scent of mint tea, the soothing sea breeze, and the brightness of the Mediterranean sun. But above all, Rachid missed his mother’s harira soup (lentil soup) and the sound of his father’s voice while he used to oil engines.

“I shall return to my homeland when I complete my studies,” Rachid promised himself shortly after arriving in France. But his mother, Fatima, was not happy to hear about this decision. “Habibi,” she said over the phone, “your father and I have thought about it, and Paris is good for you. You should remain there.” Rachid felt heartbroken after hearing these words. On what basis could his mother give such a piece of advice when she had never traveled outside of her hometown? Did she know anything about Paris? Did she know how heavy his heart was feeling and how much he was craving for her harira soup?

Graduation day arrived, and Rachid finally got his engineering degree from the Sorbonne University. Shortly afterward, he did as he vowed he would. He returned to Casablanca despite his mother’s wishes. He knew it would not be easy finding a suitable job in his hometown, but he would try his best. “Maktoub (it is written),” Rachid told himself, “there is no point being anxious about the future, for only God knows what is written in every man’s destiny.” Several months later, Rachid got a job at a software company developing computer games. He soon settled into his new life and rented an elegant villa around the corniche. Paris was now a distant memory, but a part of him was still there.

“Michelle hayati (my life),” Rachid mumbles on his evening walks around the sea. He is referring to a beautiful French girl that he fell in love with while he was studying in Paris. They took several courses together, and at times they shared an afternoon tea and a stroll around the city. But Rachid never mustered the courage to reveal his feelings to her. He was not good at these sorts of things, and he was not sure it was the right thing to do. “She will take you for granted,” his cousin Faouzi warned him, “and then she will go away with another man who plays harder to get.”

Perhaps Faouzi was right. And then there was the question of whether Michelle would ever want to move to Casablanca to be with him. “She will not last long here,” Faouzi anticipated. But Rachid’s feelings did not change because of his cousin’s premonitions. “Maktoub,” Rachid told himself, “only God knows what is meant to happen in every man’s life.”

One evening, Rachid reads the popular story of Leila and Majnoun, an ancient tale similar to that of Romeo and Juliet. “I shall be Majnoun,” he tells himself after reading the book, “and Michelle shall be Leila.” And because Rachid is a man of his word, he promises himself that he will not rest until he wins over Michelle’s heart. He has made up his mind: he will travel to Paris several times a month to visit his beloved, and overtime he will reveal his feelings to her. It does not matter what cousin Faouzi thinks of the matter.

That same evening, Rachid goes online to buy a plane ticket to Paris. After doing some research, he realizes that in order to fly directly from Morocco to France, he only has one choice: flying Sahara Air, the country’s only air carrier that is allowed to operate on that route. The average price of a round-trip ticket is 6,000 Moroccan dirhams (the equivalent of 600 US dollars). “That is almost half of my monthly income,” Rachid thinks. “The cost of flying is so high that I won’t be able to travel as often as I would like to,” he ponders. But could something as beautiful as the love of Leila and Majnoun be jeopardized because of the cost of air travel?

Over the following months, the government of Morocco decides to lift the regulatory restrictions that were preventing other carriers from flying on the Casablanca–Paris route. This dismantles Sahara Air’s monopoly and opens the door for competition. All of a sudden, a large number of new airlines start offering cheap flights to France. One of such airlines is Desert Fly, a low-cost company offering round-trip tickets for as little as 500 dirhams (50 US dollars), a fraction of the price that Sahara Air was charging. “Mashallah,” Rachid tells himself. “Now I can afford to see Michelle every weekend if I wish to.”

Rachid meets his cousin Faouzi for tea and tells him about the cheap deals that Desert Fly is offering to fly to France. “Your joy is somebody else’s unhappiness,” Faouzi retorts. “My friend Mounira is a flight attendant with Sahara Air, the former monopoly and she is very upset about the arrival of new competition. Her salary has just been halved, and she has been asked to work twice the amount of hours per week! Her boss explained to her that the only way the company can survive is by lowering their fares. But in order to do this, the company needs to lower its cost base. This means they have to lay off some employees and cut salaries across the company.”

“Those are terrible news,” Rachid says, while he pauses to sip on his mint tea.

“On the other hand,” Faouzi continues, “I read in the newspaper that the low-cost airline Desert Fly has just opened its headquarters here in Casablanca. This has created over one thousand new jobs in the city. In fact, my friend Khaled, who had been unemployed for several years, has just been hired to work for them. He is really grateful to have found a job!”

That evening, on his way back home, Rachid walks around the corniche enjoying the fresh ocean breeze. Suddenly, an idea crosses his mind, “I shall fly to Paris this weekend and propose to Michelle.” Then he hesitates and starts considering the different scenarios that could result from such a bold move. “Will she accept and throw herself into my arms?” he wonders, “or, will she refuse and slap my face?” All of a sudden, the Atlantic winds blow strongly, and Rachid feels as if someone is whispering something in his ear. “Maktoub,” he hears, “only God knows what is written in every man’s destiny.”

The above is extracted with permission from Elena Fernandez Prados’s new book, Economics through Everyday Stories from around the World. ISBN 978-1523296415

This entry was posted on Friday, February 26th, 2016 at 10:38 am and is filed under Economic thinking, Microeconomics. You can follow any responses to this entry through the RSS 2.0 feed. You can leave a response, or trackback from your own site.

One Response to “Competition and Living Standards: the Moroccan Software Engineer”