Up: Home > Economics in Action blog

A kind of visualisation that has become very popular in recent months is the “bar chart race” that compares things on one attribute, over a long time period. You may already have seen chart races of the most popular YouTubers or songs, but some of the most eye-opening races show an aspect of economic history.

END_OF_DOCUMENT_TOKEN_TO_BE_REPLACED 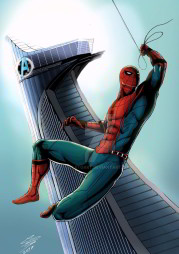 END_OF_DOCUMENT_TOKEN_TO_BE_REPLACED

Is it worth going to university?

In this short video from the Royal Economic Society, Gill Wyness of University College London explains the long-term financial benefits to individuals who do a degree. Bear in mind that the benefits are especially high if your degree subject includes economics, as you can see elsewhere on our site.

“It was the best decision I ever made”

“Economics…Understand the world around you” is a short video from the Women’s Economics Network, speaking to economists in banking, academia, commerce about what their jobs involve and how their economic thinking is crucial to their work.

The Economics Society of the London School of Economics and Political Science’s Student Union (LSE SU) has announced an essay competition that is open to sixth-form students in the UK and beyond. Write no more than 2,000 words on one of the listed questions, and you can win Amazon vouchers of up to £125, and the top three entries will be published by the Society in their journal Rationale.

The questions for this year are:

The deadline is on 1st August 2017. Follow the above link for more details, and good luck! 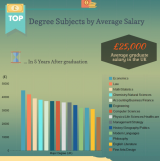 The Market Inspector blog has posted an infographic to answer the question “what degree subject is most likely to get you hired with a good salary?” Using data from emolument.com, they found that economics comes out top of subjects taken in the UK, going by average salaries five years after graduation. This won’t be a surprise if you’ve read our previous posts on the topic.

The infographic gives another statistic that we hadn’t heard: eight percent of the world’s billionaires took degrees in Economics!