Up: Home > During your study > Modules > Development economics

Development economics is fascinating because it shows how economic analysis can help us to understand the big themes of the 21st century – poverty and inequality, globalisation and trade, and the contrasting experience of success and failure in the economies of different regions of the world 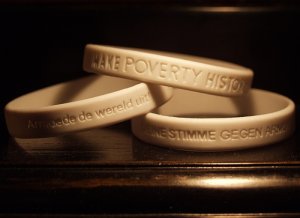 One of the most striking characteristics of the world economy in recent decades has been the growing inequality in the distribution of resources between different parts of the world. China, the most populous country in the world, has experienced economic growth at an unprecedented rate, and India has also made substantial progress. Meanwhile, countries in sub-Saharan Africa have stagnated, and the gap in living standards continues to widen.

Development economics attempts to explore some of the economic challenges peculiar to some of the poorest countries in the world. In this module you will investigate the factors that have led to this global inequality.

As part of this study programme, you will see the way in which economics can help our understanding of some of the major challenges of the 21st century, including:

By studying development economics, you will have the opportunity to apply the tools of economic analysis to the problems and challenges facing less-developed countries, and to begin to understand why some countries have been able to go through a process of economic and human development whilst others have languished.