Up: Home > During your study > How much will I do? > A day in the life of an Economics Student

A day in the life of an Economics Student

A day in the life of Coco

9.00 am Coco’s alarm clock goes off, after a 5-minute snooze she clambers out of bed and dives into the shower. 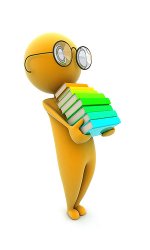 10.00 am Energised with coffee and cereal, Coco pops into the library to print off her lecture notes from her Blackboard. Whilst the lecture slides are printing she scans through the notes so she knows what to expect in her Micro lecture.

Coco bumps into her friend Will outside of the lecture. They decide to meet at the Student Union this evening before the social.

This term in Micro Economics Coco has been learning about market failure. Today’s lecture is on monopolies. Will sends her a quick note where he has drawn Park Lane and Mayfair with 2 big red houses on each. Suddenly it clicks for Coco, so THAT is why the game is called Monopoly.

On the lecture notes she has printed out earlier, Coco scribbles down important points that the lecturer makes. Because she has these notes already, she doesn’t have to waste a lot of time copying down graphs and text, she can actually listen.

11.30 am After the lecture, Coco, Will and Clive go for a cup of tea. Coco and Clive question Will’s idea to be an Investment Banker, he says he wants to make lots of money. Coco thinks this is fair enough but doesn’t like the idea of working very hard in a big city. Instead, she wants to work in development, ideally for the United Nations, helping with the reduction of poverty. Clive says he would like to start his own sticky label business. Coco and Will think this is a great idea, especially as, after his economics degree, he will understand the needs and wants of his consumers as well as how the markets work.

12.30 pm Before they know it, their seminar is about to start. For once, all three of them have done the reading, normally Will forgets. This seminar carries on from today’s lecture on monopolies and, as there is an essay due on this topic in 6 weeks, everyone listens adamantly.

Coco enjoys the seminars, lectures are where she learns the material, but with 200 people in some, it is difficult or even impossible to ask a question – especially when the lecturer has so much material to cover. In a seminar there are 10 – 15 students, so asking questions, and getting to know other students, is easier.

Coco finds the concept of efficiency in monopolies difficult. The tutor explains that monopolies can become complacent – they don’t have to invest in research and development to win a bigger market share as they already have the majority. Will sketches the monopoly graph on the board for Coco and it all becomes clearer. The tutor sets a question on efficiency and Coco now understands it. They also cover other issues raised in the lecture.

1.30 pm After the seminar, Clive dashes off to the library, he has an essay due in 2 days for his module choice in advertising and economics. He hopes to come to the social later so will try to finish his essay off this afternoon. Will and Coco slink off to the Refectory for some lunch. 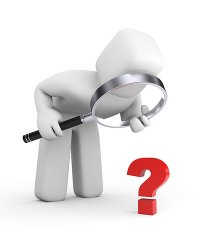 2.30 pm After her rather yummy lunch of tuna and jacket potato, Coco leaves Will and goes in search of Clive in the library. She has been trying to tackle some of the maths in her Maths for Economics module. A lot of her classmates have done A level maths but she chose to study history instead.

In the library, Coco pulls out her maths textbook and begins. She is finding some bits of it quite hard but they have just started to look at statistics and Coco is finding this interesting and applicable. She works through her seminar questions on t tables ready for next Monday, combining her lecture and seminar notes with the textbook she works out how to read the t table and when it should be one or two tailed.

3.15 pm Coco is very pleased with her maths questions, she thought they were going to take hours but using her notes and the textbook she understood and answered all of the questions in 45 minutes! Now she had a little bit of time to do some research for her essay on monopolies.

3.30 pm Using the libraries book and journal finder she finds 2 books and 1 journal which sound relevant. A flip through all 3 confirm this and she settles back in her seat next to Clive to read. Clive is still trying to finish his essay but he has everything on his laptop and 1850 words written, so only the conclusion left.

Coco realises the journal article she chose uses quite complicated maths but this doesn’t matter, she can read the abstract and scan read for any relevant information. Coco also feels pleased when she spots some tests in the appendix, now she understands the relevance!

4.30 pm Coco feels she has had enough of reading and note taking and feels today has been very successful as she understood the morning’s lecture and seminar whilst managing to tackle the questions and some research this afternoon. Clive has also finished his essay he thinks he will read through it and finish the referencing tomorrow. They leave the library together say their goodbyes and say they will meet at 7.30pm in the SU. Clive cycles home as he lives in private accommodation a mile away from the University and Coco walks home, she lives in halls on campus.

4.45pm Coco has a few hours before she has to start to think about tonight so she settles down with her housemate for an injection of Neighbours, Hollyoaks and pasta and sauce.

7.30pm Coco, Will and Clive meet outside the SU, ready for tonight’s Economics Society Social. Last month they heard from a big blue chip company in a lecture, but this month it is a social, which is always a lot of fun. 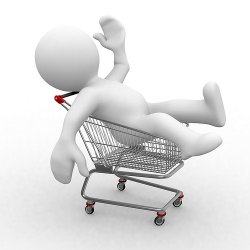 8.00pm Coco, Will and Clive meet the rest of the society in Bar Comic Nose. Comic Nose has laid out a finger buffet and some drink promotions for the social as they sponsor the Economics Society. Coco enjoys these socials as you get to speak to lots of different economics students, from first years to postgraduates and it is a refreshing change from study. Coco also has a soft spot for Nick, the Economics societies president, making the socials even more appealing to her.

11.00pm A few people have left the social but a good 40 students were still there and the aim is to go to Scenic Moo, a very popular nightclub.

11.15pm Because of the societies sponsorship from Comic Nose and due to some organisation by the social secretary, the Economics Society managed to queue jump and get in for free. On the way inside, Nick asked Coco if she would like a drink. She almost died from excitement, accepted the offer and went off to the bar with Nick.

2.00am In the taxi on the way back to her halls with Will, Coco thinks about the day she has had and thinks University offers her an ideal balance of work and play. The work requires thought and time but is achievable; whilst the social aspect of economics is more then she ever could have hoped for.

2.15am As Coco clambers back into bed, her phones beeps. She has a text message from Nick thanking her for a lovely night; Coco nods off to sleep with a warm, fizzy feeling around her.

Previous: How much will I do?